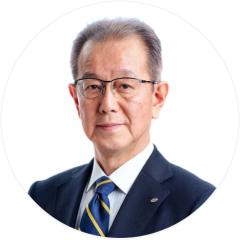 Chairman of the Board, President and CEO Olympus Corporation

Chairman of the Board, President and CEO Olympus Corporation

Mr. Yasuo Takeuchi began his career in 1980 at Olympus Optical Co. Ltd, now known as Olympus Corporation. Since joining the Company, he has held various roles in Corporate Planning, the Medical Business, the Life Science Business and the Corporate Executive Office, many of which included global responsibilities. He now serves as President and CEO for Olympus Corporation globally. 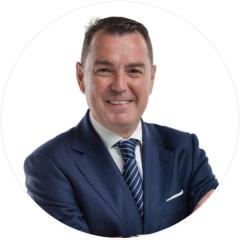 Nacho started his career with Olympus in 2001 as the Chief Executive Officer of the Iberia Region based in Barcelona, Spain. He later moved to Hamburg, Germany in 2007 to take on a role as the Managing Director of the Consumer Imaging Business for the Olympus Europa region.

In 2011, he moved to Center Valley, Pennsylvania to join Olympus Corporation of the Americas (OCA) and assumed the responsibility of President for its Consumer Imaging Business Division. In 2013, he was promoted to the role of President of OCA and in March 2015 was also appointed as its CEO; a role he continues to hold today overseeing the Company’s activities throughout North and South America. In 2020, he stepped down as President of OCA in order to take on a global leadership role as Chief Operating Officer of Olympus Corporation. He is also a member of OCA’s Board of Directors and of the Global Executive Committee of Olympus in Tokyo.

In addition to his Olympus responsibilities, Nacho serves on the Board of Directors of AdvaMed (Advanced Medical Technology Association) and on the Board of Directors of the US-Spain Chamber of Commerce. Prior to joining Olympus, Nacho held several positions in the IT and consumer electronics industries working for a variety of high-tech companies, including Sony and Techdata. He holds dual Master’s Degrees; one in Telecommunications and Electronic Engineering, and another in Business Administration.

Born in Spain, Nacho is married with two children and currently lives in Bethlehem, Pennsylvania. In his personal time, he enjoys spending time with his family, playing tennis, hiking, running and cycling. He firmly believes in the motto, “Be persistent. Never give up and fight for what you believe is right.” 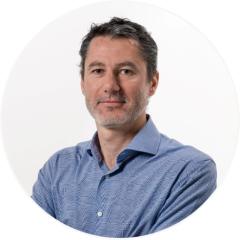 President and Regional Representative Officer, Olympus Corporation of the Americas

President and Regional Representative Officer, Olympus Corporation of the Americas

Originally from Albertville, France, Mr. Julien Sauvagnargues performs his current role as President and Regional Representative Officer of Olympus Corporation of the Americas (OCA), overseeing the Company’s activities throughout North and South America from headquarters in Center Valley, PA. He is also a member of the OCA Board of Directors and Executive Committee. Formerly, he was the President of the Scientific Solutions Group (SSG) and Consumer Products Group (CPG).

Julien joined Olympus France in 2006 as a Division Manager for the Microscopy and Industrial Endoscopy Products, later becoming Division Manager of France and Belgium in 2008 for Consumer Products. In 2012, he and his family relocated to the United States after accepting the position of Vice President of Sales of North America for Olympus Imaging America Inc. (OIMA). The following year, he was promoted to Group Vice President of Sales & Marketing. Prior to joining Olympus, he served four years as the Sales & Marketing Director at Arjo Wiggins in France.